Could you tell us a bit about yourself, what you sell at Feat and how you got started?

My name is Taylor Offer and my cofounder is Parker Burr, and we sell socks, bathing suits and hoodies. The company was founded in 2015. It was the first day of our senior year of college at Umass, in an Entrepreneurship class.

In college I started a shirt company that made T-Shirts for Fraternities and Sororities around the country. I was making $25,000 a semester and thought I was hot shit. After class, I was bragging to all the kids about my company and how much money I was making. Parker came up to me and very humbly said “That’s awesome, I started a company that does custom clothing too. I make lacrosse uniforms.” I said “Oh, that’s cool” and went back to talking to this group of students about my startup. Then Parker goes “...And I’ve done over a million dollars in sales,” and all the kids that were so intently listening to me literally turned their bodies away from me and started asking Parker questions.

After class, Parker started telling me more about how everyone with their custom lacrosse uniforms wanted socks to match and about how he was starting this company FEAT. I had a good feeling that this would work, and I really wanted to partner with someone who had done over $1M in sales by his senior year in college.

What did it take to get your first products in stock? Has that changed since you started?

That same day we met, we chatted for another hour or so after class until we decided to go for it. The very same day, we drove to TJ MAXX and Walmart and bought every single pair of white socks they had - about 200 pairs. Parker had a heat press and the plan was to buy white socks and press designs on them. We made 200 pairs and set up a folding table outside the Dining Hall. Some socks had logos like Nike or Champion on them, some didn’t, and they all had some pretty faded designs on them that only went halfway down the sock (We didn’t know how to print all the way down on them yet!).

How did you get your first sale?

Parker dropped me off with the folding table and box of socks while he went to park the car, and by the time he got back 15 minutes later I had $300 cash in my hands and a huge grin on my face. He thought I was messing with him, he didn’t believe I sold 30 pairs of socks at $10 each to college kids with no money who were going to the dining hall. That day, we sold out of all 200 pairs of socks and brought in $2,000 of revenue. Senior year, we sold 20,000 pairs of socks pretty much out of our backpacks.

What obstacles and challenges have you overcome along the way?

Employees! We hired too quickly and scaled to about 20 employees. We didn’t screen applicants enough and had some bad apples.

Outsourcing to the wrong agencies and business services also really hurt. One holiday season, we were working with a new 3PL (3rd party logistics company that you send all your inventory to and they ship it out) who promised if we hit a certain deadline, customers would get their socks by Christmas. About $100k of orders didn’t make it to customers by Christmas, and to keep our customers happy we had to refund $100k of orders, so we went $100k of debt we now had to manage.

At the same time, an employee of ours spent about $10,000 on the company credit card at bars, ubers and late night food purchases. So now we are $110,000 in debt and even worse, had this employee lying to us for two weeks swearing the purchases weren’t from him. Once we gathered evidence that it was him, he apologized for lying but blamed all other employees (we had four at the time) saying they were telling him to use the card and that it was their fault not his….we also didn’t have any money for payroll, so we let go of all employees and hit the reset button on the business. That one really hurt.

We would go above and beyond for our employees and at that point Parker and I weren’t even taking salaries and to see $500 bar charges and $73 charges for Taco Bell at 3 AM on our card really hurt us, as well as all the money we had to refund customers. Since then we haven’t hired any more employees, we’ve outsourced and optimized our processes with the correct partners, and been able to profitably scale, so in the end, it really was a blessing in disguise!

If you are thinking about outsourcing to a 3PL or hiring employees, please feel free to contact me before you do so I can help you avoid some costly mistakes!

That’s so generous of you to offer your help like that! What influenced your decision to use Shopify?

During our senior year we flew out to San Francisco and met with the Chubbies founders who were our idols at that time. They pretty much said, “Bro you gotta use Shopify,” and we listened to everything they said.

What was the process like to get started? Is there anything you wish you had known then that you know now?

Wish I knew to use digital marketing from the beginning!! In our first 18 months we thought we wanted to be in brick and mortar stores, so we put all our effort calling into stores and got in 500 stores and even a purchase order from Nordstrom.

The next year we focused on influencer marketing and launched campaigns with about 20 different influencers, which was great when we had campaigns like we did with Aly Raisman or Logan Paul, that combined brought in millions of dollars in sales, but horrible when we worked with other influencers who had no selling power. For the past year we have been focused on Ecommerce and Digital marketing and it has been awesome!

Any advice on how to break into physical retail/wholesale or find the right influencers?

Don’t try to sell in any retail/wholesale accounts and don’t work with influencers! Figure out scalable, profitable digital customer acquisition strategies and only focus on that, nothing else matters!

What Shopify apps do you currently use? Which apps are most important to your business?

What theme did you choose for your site and why?

We change up our theme all the time to keep things fresh!

What strategies have you used to attract more leads and grow Feat?

Partnering with different celebrities/athletes/musicians, being very active on our own social media, digital advertising campaigns.

How have you been able to make those connections with those key influencers you mentioned?

Literally stalked them. Found out like 20 influencers all with millions of followers lived in a building in Hollywood, so I moved cross country from Boston to Hollywood and moved into that building. Logan Paul was one of the guys living in the building and we did a campaign with him that brought in around $500k in revenue!!

What are some of the most effective ways that you interact with your customers?

We are super active on social media talking with our customers!

Are there any metrics you can share in terms of order volume, monthly sales, increased revenue, growth %, etc.?

We’ve grown our sales over 3 times a year every year we have been in business.

To what do you attribute those positive metrics?

Constantly staying up with what is new in social media and digital marketing.

What are you working towards now?

Doing $10M/year in sales with no employees!!!

Are there any blogs or other resources that have been helpful for you?

I started my own podcast where I interview Ecom founders on their struggles. It’s called The Anti Startup Startup Podcast if you want to check it out!

Based on your own success, what advice would you share with others who might be just starting out with Shopify (or with eCommerce in general)?

Just start. Go all in. You never know where it will go but just give 100% and don’t stop. When we first started we thought we’d be exclusively selling to stores, then we thought just influencers, now we think just ecommerce. Things will change but just keep going.

Where can we learn more?

We also did a YouTube series telling stories about growing the company! 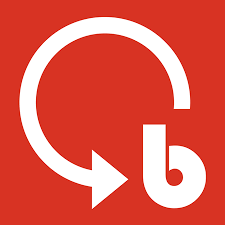 $N/A
Cole from talks about retiring from professiona...

$N/A
How an ambitious young entrepreneur is giving b...